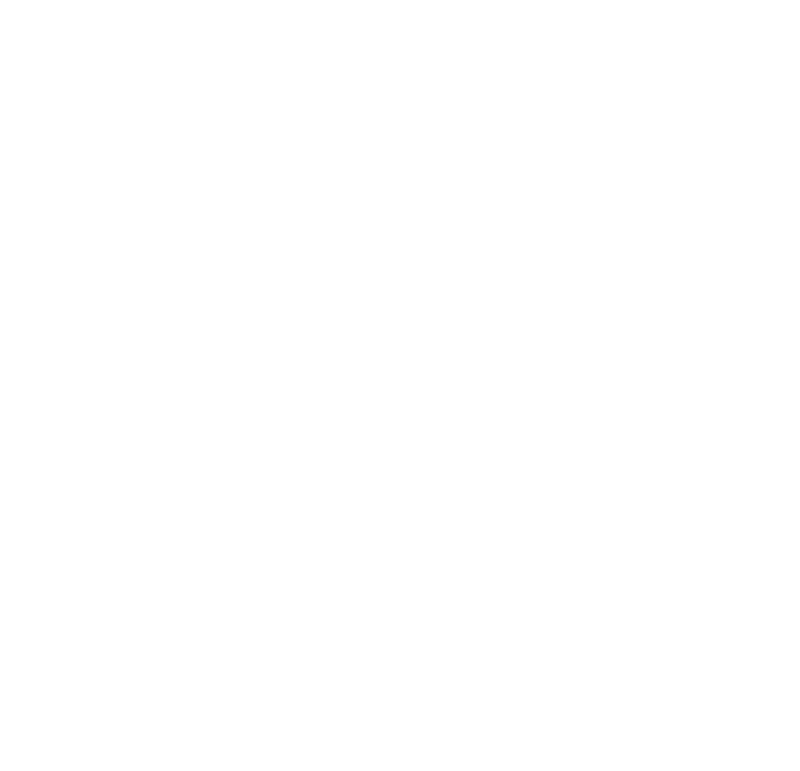 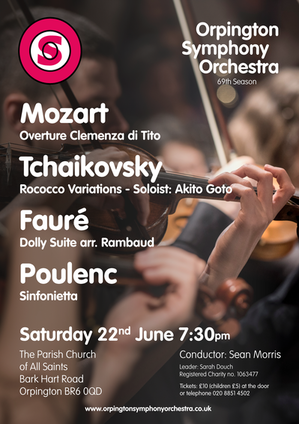 Here’s a small taster of the extensive programme notes that Sean has written for our next concert. It’s easy to get caught up in his passion for music, particularly when the notes run to three pages in the programme! You’ll have to come along this Saturday to read the rest… and of course to hear the concert.

Composed at the very end of Mozart’s life, La Clemenza di Tito is written in the old style of opera seria, giving us the full flower of Mozart’s mature genius within a structure as formal and stately as a baroque garden. One of the final operas to be written in this genre (premiered National Theatre, Prague, 1791), the work was composed to celebrate the coronation of Austrian Emperor Leopold II as King of Bohemia in Prague. Built around set arias displaying vocal virtuosity, Tito is an opera appreciated for its unique elegance and for Mozart’s unquenchable humanity, which transcends any limitations of genre.

Premiered November 30th 1877, this beautiful and devilishly virtuosic work is among Pyotr Ilyich Tchaikovsky’s most famous. Taking its name from the 18th century French rocaille style, the piece exhibits a musical neo-classicism reminiscent of the works of Bach and Mozart.

Rococo art came to prominence under the reign of Louis XV of France (1715-1774) as a reaction against what the king described as art with ‘too many lines’. The style is characterised by its extreme ornamentation, pastel colours, asymmetry as well as its dramatic subject matter, painted to engage and surprise the eye. The style eventually spread to all the major courts of Europe and without doubt is reflected in the musical works of court musicians from Couperin and Scarlatti to Mozart, a style musicology identifies as the style galant.

The Dolly Suite Op. 56 was originally written for piano duet by Gabriel Faurè and comprises six short pieces composed between 1896-96. The best known of these movements is opening Berceuse (or Lullaby) which has been recorded on numerous CD’s as a stand alone work. Indeed, it is particularly famous within the UK as the play out tune to the BBC radio programme ‘Listen with Mother’.

Dolly suite honours Hélène Bardac (1892-1985), the second child of Fauré’s close friend (and mistress) Emma Bardac: the talented singer for whom he composed La Bonne Chanson. The infant Hélène’s diminutive size, together with the contemporary anglomania, led to her being nicknamed “Dolly”, and this remained with her throughout her life. Fauré presented the child with the lullaby for piano duet for her first birthday on 20 June 1893. Three more pieces followed: on her second birthday, on New Year’s Day 1895, and on her fourth birthday in June 1896. Throughout the work we can see Dolly’s own development. A sweet example is the second piece, Mi-a-ou, which, although it looks like the sound of a cat, was actually Dolly’s attempts at saying her brother Raoul’s name.

Known primarily as the most lighthearted and joyful member of the infamous composer group Les Six, Francois Poulenc was one of the most productive composers of his generation. His compositions include mélodies (short French songs), solo piano works, chamber music, choral pieces, operas, ballets, and orchestral music. He was largely self taught as a young man due to his businessman father’s aversion to music as a profession, which probably explains his idiosyncratic style.

Poulenc’s sound world has drawn in listeners constantly since he rose to prominence in the first half of the 20th century and remains one of the most popular french composers to modern ears. He employs an almost whimsical attitude toward his melodic ideas, which are frequently left undeveloped and whole in shorter works – sometimes only to appear once in an entire piece! While his harmonic language bears the colourful hallmarks of French impressionism, Poulenc often employs close dissonances (often seconds or sevenths) within a ‘rich’ chord or passage to unbalance a phrase or undermine the listeners expectations in a manner his contemporaries such as Debussy, Fauré and Honegger, would not. This attitude towards composition – fluid, anti-establishment, prone to experimentation – was likely inherited from his primary tutor, Erik Satie. However, despite this reputation, his religious works have received great focus and celebration in the 21st century, which, incidentally, may mean many of you only know his ‘serious’ side! 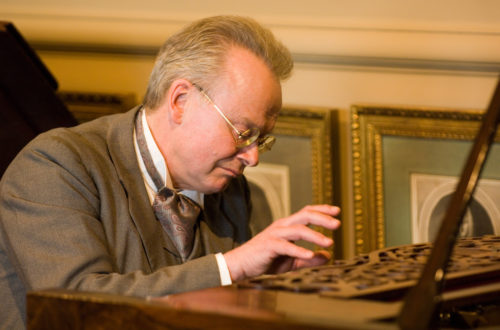 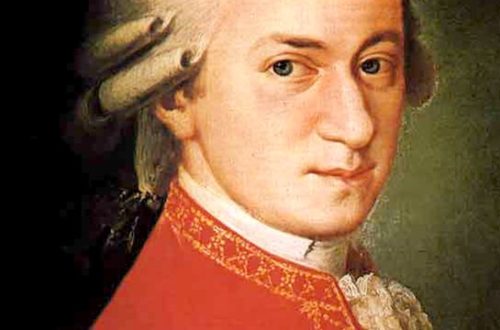 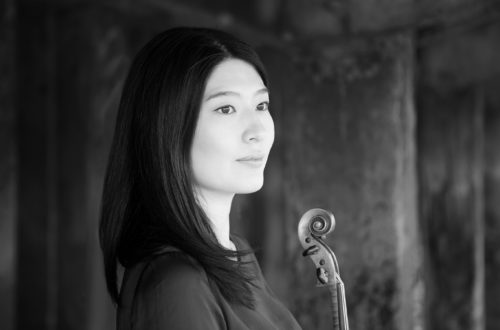